The European Investment Bank posts a “One Minute, One Project” Article about the Event ship SeaStar.
“Croatia’s blossoming tourism industry has moved seamlessly from hip alternative to hip mainstream” 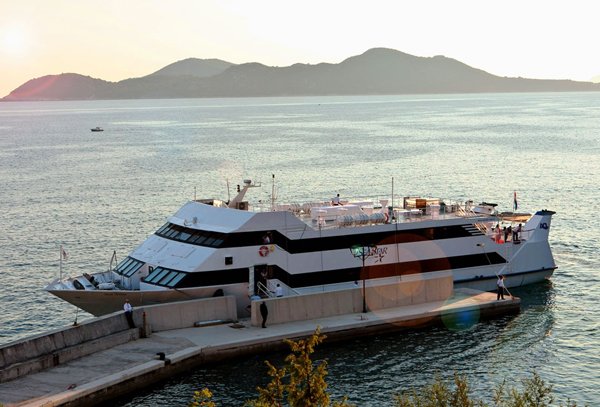 Built in 1991, the Sea Star arrived in Dubrovnik at the start of the summer in 2010, and spent over two months in the shipyard for a thorough refurbishment to make it fit for purpose. The Sea Star was built as a multi-purpose vessel. Today it serves tailor made and exclusive day and night-time cruises as well as one-day business meetings and conferences and presentations.

The Sea Star has been sailing the Adriatic since late summer 2010, and generally operates between April and November, Although Adriatic Cruise Line is keen to exploit the ship all year round.

The Sea Star is so flexible in form and use that while it may operate out of the “Pearl of the Adriatic”, the whole sea can be its oyster.